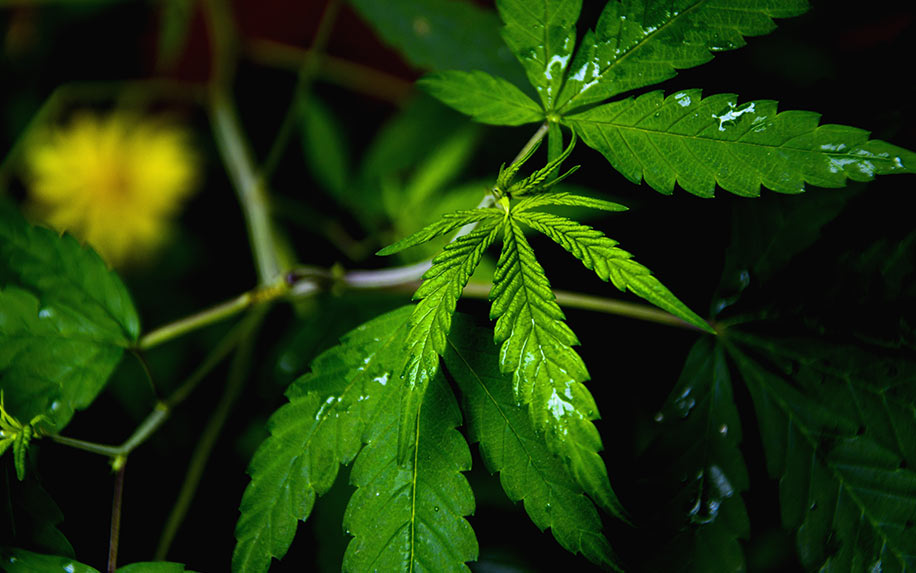 CBC has a wide range of potential functions, from reducing anxiety to treating fungal infections. Image Credit: By Rikesh Attadip on shutterstock.

Cannabis science has made significant strides in recent years, and thanks to the U.S. federal government’s decision to loosen restrictions on studying the plant, we could be on the brink of witnessing the golden age of cannabis research. If and when that comes to pass, it’s likely that scientists will take a long, careful look at the medicinal properties of cannabichromene, better known as CBC.

Like its more prominent counterparts THC and CBD, CBC is a cannabinoid, the most important class of compounds found in the cannabis plant. While there’s no scientific consensus on their exact number, most experts believe there are at least 110 cannabinoids, though only a handful of them are present in sufficient quantities to be considered “major.”

CBC is one of them. First discovered in 1966 by scientists Yehiel Gaoni and Raphael Mechoulam (who is often considered the “godfather” of cannabis research, it was later found to be the second-most prominent cannabinoid in cannabis, as detailed in a 1975 study published in the Journal of Pharmaceutical Science. However, like CBD, CBC is non-intoxicating — and since cannabis cultivators have had a decades-long focus on growing stronger strains, many contemporary varieties of the plant have sacrificed their CBC content for higher levels of THC.

But now that people are increasingly using cannabis for reasons other than getting high — a recent study found that even recreational users cite medical motivations for using the plant — there’s been a surge of interest in what compounds like CBC might have to offer. And while the research to this point is somewhat limited, scientists have found a number of intriguing potential uses for this obscure cannabinoid.

What Is CBC Good For?

Like most cannabinoids, CBC has a wide range of potential functions, from reducing anxiety to treating fungal infections. However, it works in a slightly different way — instead of directly interacting with the CB1 and CB2 receptors of the endocannabinoid system (ECS), it stimulates other receptors and compounds that do have a direct impact on the ECS.

Here’s what the research says about some of CBC’s most interesting applications:

CBC might be able to relieve digestive disorders.
A team of Italian researchers published a 2012 paper in the British Journal of Pharmacology that showed CBC could reduce hypermotility (i.e. excessive movements in the gastrointestinal tract) in lab rats. While the researchers cited the need for additional human studies, they also said CBC had the potential to be a superior alternative to traditional treatments for hypermotility, since the “only drugs currently available to counteract it are often associated with constipation.”

CBC could reduce pain and inflammation.
Interest in CBC’s anti-inflammatory potential was sparked by a 1980 study in the journal Life Sciences, when researchers found that the cannabinoid was equally effective at relieving inflammation as phenylbutazone, a common non-steroidal anti-inflammatory drug (NSAID) used to treat pain in animals.

In 2011, the argument for CBC’s potential as a pain reliever was bolstered by a paper in the British Journal of Pharmacology that found it reduced sensations of pain in rats. The study’s authors stated that CBC “might represent [a] useful therapeutic [agent] with multiple mechanisms of action.”

CBC might boost your brain health.
In this regard, CBC’s benefits come from its ability to stimulate neural stem progenitor cells (NSPCs), which are the “root” of cells like neurons and astrocytes that are vital to a healthy brain and nervous system. A 2013 study published in the journal Neurochemistry International revealed that “CBC has a positive effect on the viability of mouse NSPCs,” and while no similar studies have yet been conducted on humans, it’s a potentially promising solution to a problem that has proven difficult to solve.

CBC could be a potent antimicrobial agent.
In 1981, the Journal of Clinical Pharmacology published a study that investigated a number of potential uses of CBC. Its most significant finding was that CBC was effective against a wide range of common bacteria — as the study’s authors put it succinctly, “Antibacterial activity was strong.”

This was corroborated by a 2017 study in the journal NeuroImmunoModulation, which found that CBC “exhibited strong antibacterial activity” against drug-resistant Staphylococcus aureus, better known as the organism that causes staph infections.