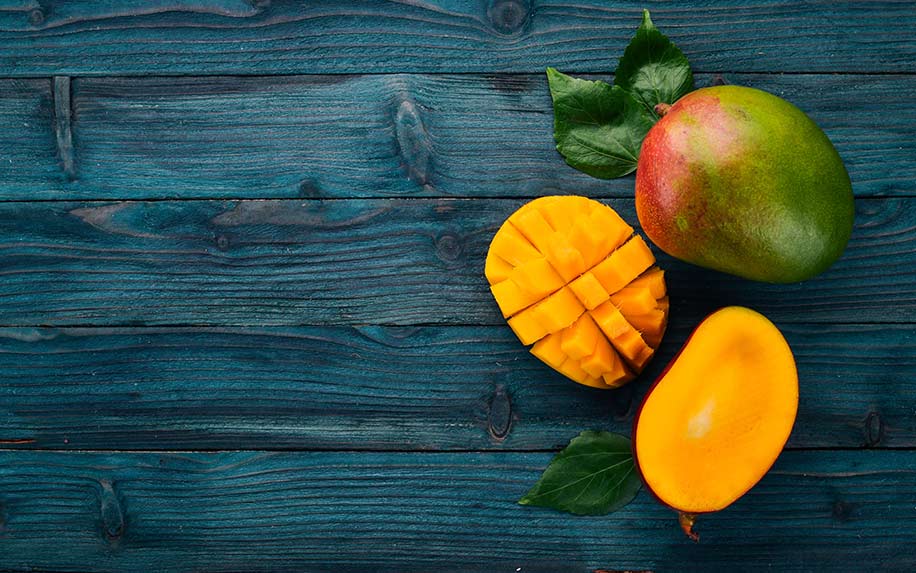 Do mangoes accentuate a cannabis high? Image Credit: By YARUNIV Studio on shutterstock.

In a world where cannabis theories abound — most of which are unproven by science — one in particular that gets a lot of play online and across social networks is the “Mango Theory.” It’s the belief that if you eat fresh, ripe mango around an hour before consuming cannabis, your body will be flooded with high levels of a chemical called myrcene (which is present in both cannabis and mangoes), which will trigger an intense psychoactive experience. It may sound outlandish, but there’s actually solid science behind it.

Before you run out to buy a pound of mangoes, it’s worth keeping in mind that the support for the Mango Theory is based on principles (i.e. myrcene is known to have certain effects at certain levels, and it’s known to interact with THC in certain ways) rather than practice. In other words, scientists haven’t conducted many lab tests that explicitly examine the effects of eating fresh mangoes before or during cannabis consumption. Cannabis research has been blocked by the federal government for decades, and the scientific community is still making up for lost time.

If the Mango Theory were to be tested in a clinical setting, there’d likely be no lack of volunteers. Here’s what they’d be testing:

As mentioned before, mangoes are rich in myrcene. This is a terpene, one of a class of natural compounds found in many plants and flowers. Terpenes are a category of molecules that give a plant its fragrance and flavor, and many are currently being studied for their potential health benefits, both for aromatherapy and beyond.

Aside from mangoes, myrcene is in found hops, thyme, and lemongrass, giving them a distinct aroma often described as “earthy” or “musky.” Cannabis aficionados might use a similar description for some of their favorite strains, and for good reason — myrcene is also one of the ten most prevalent terpenes in the cannabis plant.

It’s often credited with inducing the “couch lock” effect in which cannabis users experience a sensation of blissful lethargy, and scientific studies seem to support this. In mice, myrcene has been shown to have sedative and anti-anxiety effects as well as having potential as an anti-inflammatory and anti-convulsant, and having properties that might help people with Type 2 diabetes control their blood sugar.

While these effects of myrcene are relatively well-established, there’s still a lot of uncertainty about what else it can do. One of the biggest areas of contention lies at the heart of the Mango Theory — the relationship between myrcene and THC.

Does Myrcene ‘Boost’ the Effects of Cannabis’ THC?

Tetrahydrocannabinol (THC) is the primary psychoactive component in cannabis, and while it’s the main reason people feel high after smoking, vaping, or consuming edibles, it doesn’t work alone. The Mango Theory suggests that the presence of high concentrations of myrcene intensifies these effects in two main ways, both of which lead to a swifter, “higher” high:

Some experts say that while there’s no evidence to support the first way, there is some scientific truth to the second.

They point to studies that show cannabis high in myrcene can induce a cataleptic state, where the user feels unable to move. This is caused by myrcene enhancing the effect of GABA — an inhibitory neurotransmitter — at its receptor sites. When this occurs, the elevated levels of GABA interact with THC to create the sensation of couch lock.

At the very least, there does seem to be some truth to the notion that mangoes could enhance a high. Even if they don’t, there’s no real downside to giving the Mango Theory a try — they’re a healthy, low-calorie fruit to munch on while consuming cannabis. They’re high in fiber, folate, and iron, and they’re a great source of vitamins A, B6, and C.