Camphene: The Important Cannabis Terpene You Might Already Use 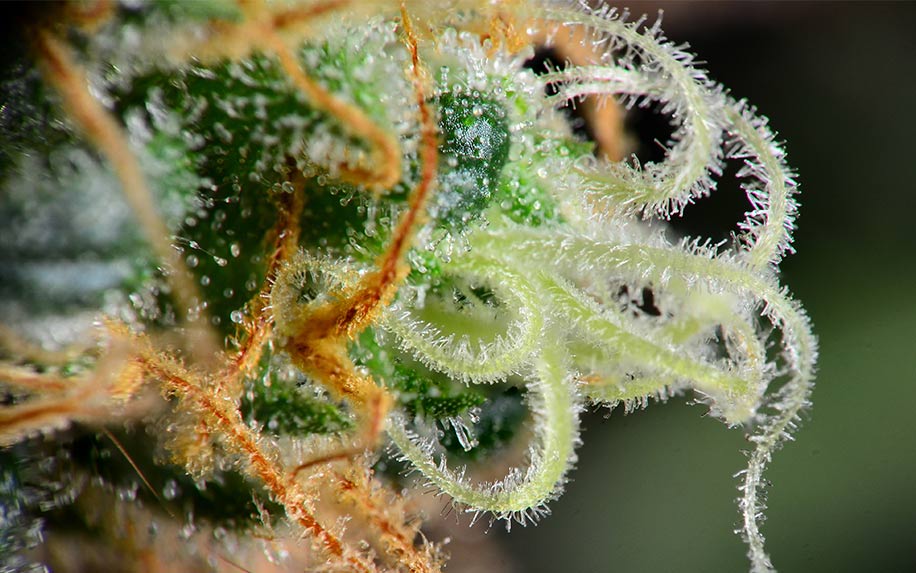 Cannabis is often touted for its antioxidant abilities — camphene might have an important role to play in this regard. Image Credit: By Gleti on shutterstock.

Scientists still aren’t sure exactly how many terpenes are found in the cannabis plant, though most estimates put the number somewhere between 200 and 300. Of these, only a handful such as myrcene, linalool, and limonene are considered “major terpenes” — the rest, which are generally present in much smaller quantities, are considered “minor” ones.

Camphene belongs to the latter category, but the designation belies its (potential) therapeutic potential.

Commonly confused with camphine (note the “i”), which was a popular lamp fuel until the late 19th century, camphene shares a number of similarities with other terpenes. For one, it’s found in a number of plants aside from cannabis, such as fir trees, rosemary, and sage. It also has a similar chemical structure to one of cannabis’ most prevalent terpenes, called pinene — in fact, some companies actually use pinene to create artificial camphene for commercial purposes.

But what are those purposes? Again, like a number of other terpenes (such as bisabolol, which is a common ingredient in beauty products), camphene that comes from non-cannabis sources is an ingredient in a startling number of everyday items. Traditionally, it’s been used as a fragrance in perfumes — which is somewhat ironic, considering that most people find its heavy, earthy scent to be less than pleasant — and as a flavoring for food additives.

Today, though, scientists are eyeing it for different reasons — and what they’ve found has shown just how far we still have to go in understanding the potential of cannabis medicine.

Here’s What Camphene Can (and Can’t) Do, According to Scientists

Cannabis is often touted for its antioxidant abilities, and a number of recent studies have found that camphene might have an important role to play in this regard. In 2013, a team of Brazilian researchers published a study in the journal ISRN Toxicology that examined the potential of camphene and several other terpenes to fight free radicals, tiny molecules that can cause problems ranging from wrinkles to brain diseases. Their study found that “[camphene] had the strongest antioxidant effect … and also had the highest scavenging activities against different free radicals, such as hydroxyl and superoxide radicals.”

In other studies, though, camphene hasn’t stacked up so well against the competition. Its antifungal properties, for example, might be a bit overhyped (despite the fact that it’s been used in folk medicine for such purposes for centuries). A 2012 study in the journal Pesticide Biochemistry and Physiology compared the fungus-fighting properties of camphene and 11 other terpenes — and found that camphene was not one of the top options, as other terpenes like thymol were much effective against the four varieties of fungi examined.

Camphene’s benefits for cardiovascular health, on the other hand, have a more solid scientific backing. The most notable example comes from a 2011 paper from Greek researchers in the journal PLOS One, which found that camphene lowered the levels of LDL cholesterol (commonly known as “the bad cholesterol”) by 54.5 percent and levels of triglycerides (a key factor in heart disease and metabolic disorders) by 34.5 percent. While the study does come with a major caveat, as it was conducted on rats rather than humans, camphene’s effects were significant enough for the study’s authors to recommend further studies into its potential.

But before medical cannabis users run to their nearest dispensary in search of a camphene-rich strain, a word of warning — if you’re looking to get the medical benefits of this particular terpene, smoking it is probably not the best way to do so. According to Sittig’s Handbook of Toxic and Hazardous Chemical Carcinogens, fumes containing camphene can irritate the eyes, nose, and throat. While internet rumors about the risks of smoking camphene-rich cannabis strains are somewhat hyperbolic — as mentioned before, camphene is not the popular 19th century lamp oil, and strains containing it are unlikely to suddenly explode when exposed to flame — it’s still worth keeping in mind if you’re serious about getting the most out of this terpene’s (potential) benefits.