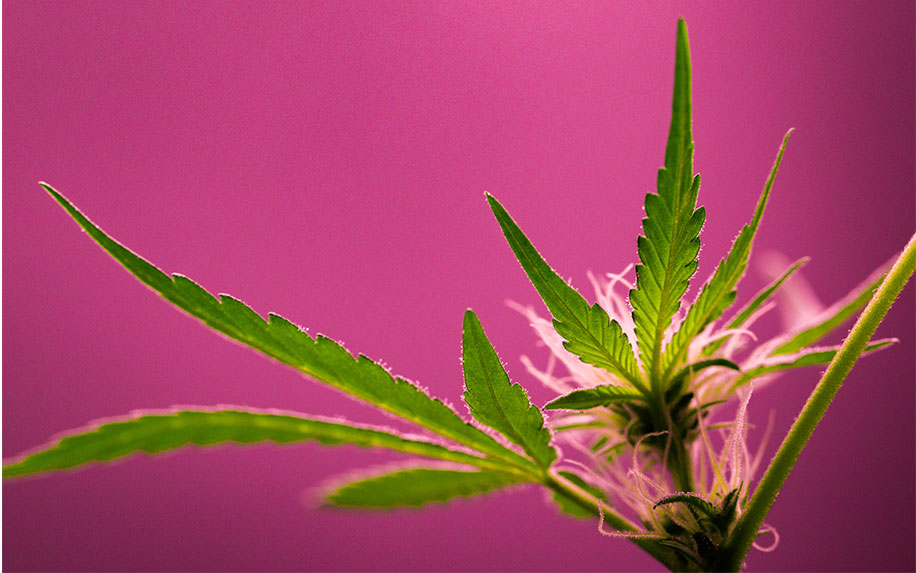 Alpha-bisabolol is one of over 500 naturally-occurring chemicals found in the cannabis family of plants. Image Credit: By Jack Deagon on shutterstock.

As the cannabis beauty market continues to expand and develop, a number of bold prognosticators have predicted that, despite the current buzz around CBD, it’s actually cannabis terpenes that might be the next big skin care trend. It often goes unsaid which specific terpenes are expected to drive that trend, but if cannabis terpene-infused beauty products do take off, it’s a good bet that bisabolol will be one of them.

Known in scientific circles as alpha-bisabolol, this compound is one of over 500 naturally-occuring chemicals found in the cannabis family of plants. As a terpene, it belongs to the same class of compounds that includes myrcene (best known for its sedative properties), limonene (known for relieving anxiety), and linalool (renowned for its fresh, floral scent). However, unlike these compounds — which are almost universally counted among the cannabis plant’s 10 “primary terpenes” — many scientists consider bisabolol to be a “secondary terpene,” putting it in a tier of 20 less-common compounds.

Like other terpenes, bisabolol isn’t found exclusively in cannabis. In fact, it’s present in much greater quantities in other plants, especially German chamomile and myoporum crassifolium, a small shrub native to the Pacific Islands.

When derived from these sources, bisabolol is already a common component in many beauty products. But that might not be all the terpene has to offer.

Why Bisabolol Is Big in the Beauty World

For hundreds of years, bisabolol has been used in a wide variety of cosmetics and skin care products. According to The Derm Review, this is because of its multifaceted ability to heal the skin — specifically, its anti-inflammatory, antimicrobial, and antioxidant properties.

While scientific studies into cannabis-derived bisabolol have been limited up to this point, due to stringent international restrictions on cannabis research, scientists have been able to get a relatively well-developed idea of the terpene’s therapeutic potential by studying it in other plants, especially chamomile. And while it might be hyperbolic to suggest that bisabolol will single-handedly usher in a brave new world of cannabis terpene skin care, there’s certainly enough solid evidence to pique one’s interest.

For example, a 2014 study published in the journal Current Pharmaceutical Biotechnology that investigated bisabolol’s ability to treat skin inflammation found that it could “significantly inhibit” a number of different types of inflammatory conditions, while still being “safe for topical application on skin.” According to the study’s authors, this suggested it “may be a useful therapeutic candidate for the treatment of skin inflammation.”

Scientists have also found that bisabolol’s antimicrobial properties are more robust than one might imagine for such a pleasant-smelling substance. In a 2014 paper published in Microbiology for Surgical Infections, researchers exploring the potential benefits of chamomile for wound healing discovered that bisabolol offers potent protection against both bacteria like staphylococci (which cause staph infections) and fungi like candida (a common cause of yeast infections). In fact, the study found that bisabolol had “the strongest inhibitory influence” of all the chamomile extracts tested.

In terms of bisabolol’s antioxidant effects, studies have also yielded some promising results — but they’ve also highlighted some potential shortcomings. In a 2009 paper in the Journal of the American Oil Chemists’ Society that reviewed the existing scientific literature on bisabolol, the study’s authors found that the terpene was effective at preventing certain types of oxidative stress, but stopped short of endorsing its abilities against all forms of this degradation, which can affect organs and tissue as well as skin.

For beauty brands, the biggest challenge in harnessing the potential powers of cannabis-derived bisabolol will be producing it in sufficient quantities — terpenes only comprise a small fraction of cannabis’ total chemical makeup, and secondary terpenes like bisabolol are especially scarce.

But if the rise of cannabis has taught us anything, it’s where there’s a will — and a profit inventive — there’s usually a way.