A Little Eucalyptol Goes a Long Way for Medicinal Cannabis 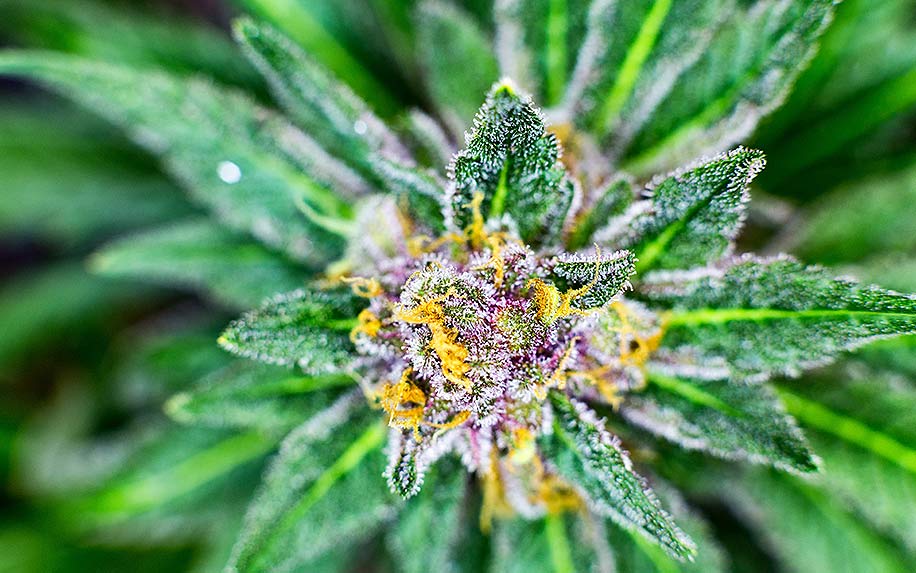 Terpenes show promising potential for improving health and treating a variety of conditions. Image Credit: By Danaan on shutterstock.

Have you ever wondered what makes an orange smell fresh and citrusy, or what gives lavender its soothing scent? That would be terpenes — distinct aromatic compounds found in plants throughout nature (though they can also be produced synthetically). In plants, terpenes are a strong-smelling defense mechanism against predators. In humans, terpenes show promising potential for improving health and treating a variety of conditions.

Hundreds of terpenes are found in the cannabis plant. They’re produced by the same trichomes that generate THC, CBD, and other cannabinoids. And through what’s known as the entourage effect, terpenes may work in tandem with these cannabinoids to produce the greatest benefit. Unlike cannabinoids, most terpenes don’t activate the endocannabinoid system’s CB1 and CB2 receptors found throughout the body. Instead, they facilitate this process, giving an extra boost to the cannabinoids or ameliorating some of the unwanted side effects, such as THC intoxication. The amount of each type of terpene varies — terpenes as a group typically make up about 2 percent of the plant’s composition — but even at small percentages, they can deliver impressive results.

Eucalyptol is one such terpene, which clocks in at just about 0.06 percent of the cannabis plant’s terpene makeup. Also known as cineole, eucalyptol is the primary terpene found in the eucalyptus tree. It’s also a component of tea tree, sage, and rosemary, among other herbs. It’s often an ingredient in medicine and cosmetics for its minty freshness — you’ve probably used a mouthwash or cough syrup flavored with eucalyptol. Folk medicine and recent scientific studies show that eucalyptol may treat a variety of conditions ranging from sore throats and coughs to joint pain and Alzheimer’s disease.

How Eucalyptol Could Help Keep You Healthy

In aromatherapy, eucalyptol is often used to improve breathing. Several studies show it may actually help people with asthma, rhinosinusitis, and chronic obstructive pulmonary disease (COPD). Over six months of treatment with eucalyptol, patients with asthma showed a significant improvement in their symptoms, improving lung function and reducing labored breathing, according to research published in the Journal of Asthma. Another study in the journal Respiratory Medicine saw a reduction of oral steroid use in patients with severe asthma after being treated with eucalyptol. In patients with acute rhinosinusitis, eucalyptol proved an “effective and safe [treatment] before antibiotics are indicated,” as detailed in a 2004 paper published in The Laryngoscope.

The terpene’s success as a bronchodilator is likely due to its mucus-thinning and anti-inflammatory properties. This makes it a promising point of research in the development of an Alzheimer’s treatment or cure, as inflammation appears to play a role in the disease. In fact, a 2003 study of eucalyptol published in Neurochemical Research showed it decreased inflammation in beta-amyloid cells, which are known to build up into plaque in a process that’s strongly linked to Alzheimer’s. Thanks to its anti-inflammatory activity, eucalyptol may also reduce or prevent colitis damage (per a 2004 paper in Food and Chemical Toxicology), help lower cholesterol (according to a 2014 study in Chemico-Biological Interactions), and improve pancreatitis, as detailed by researchers writing in Life Sciences.

As an antioxidant, eucalyptol may fight the effects of environmental pollution on the body, as Turkish researchers discovered in 2011. The following year, a paper in Food Additives & Contaminants suggested it had antibacterial properties as well — and in 2013, a paper in the journal Pharmaceutical Biology found it also functions as an antibacterial compound.

Eucalyptol also might be the secret ingredient in cannabis bug sprays. In 2014, Chinese researchers discovered it repels insects — even better than the limonene in citrus fruits, which is often presented as an alternative to chemical insect repellants. That same year, Italian scientists found it could be an ecofriendly mosquitocidal treatment as well.

Perhaps most significantly, a study published in 2013 determined that eucalyptol “would be an effective strategy” for treating colon cancer, though this should be taken with a grain of salt. Another study published in 2002 tested the effects of eucalyptol on leukemia and stomach cancer cells. The terpene suppressed the growth of leukemia cells, but not stomach cancer cells.

And if you’ve ever taken a whiff of rosemary and felt a sense of rejuvenation, you weren’t imagining it — you just might have been getting a eucalyptol-scented pick-me-up. In a 2013 study conducted by the National Health Research Institute on the effects of rosemary on mood and memory, participants exposed to the smell of rosemary essential oil answered more memory test questions correctly (and faster) than their placebo counterparts, suggesting eucalyptol improves cognitive learning and essentially gives the brain a boost.